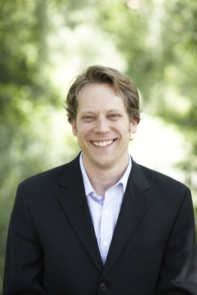 Canadian conductor, Mark Vuorinen, is Artistic Director and Conductor of Kitchener-Waterloo’s Grand Philharmonic Choir, a symphonic chorus whose repertoire includes the great masterpieces for chorus and orchestra.  He is also Assistant Professor of Music at Conrad Grebel University College, where he teaches in the Department of Music and conducts the University of Waterloo Chamber Choir.

Mark is a past Music Director of the Toronto Chamber Choir and has given first performances and Canadian premieres of works by many composers, including John Burge, Timothy Corlis, Robinson McLellan, and Tawnie Olsen.  He has performed as part of concert series at Toronto’s Music Gallery and has given an all-night performance of Joby Talbot’s moving Path of Miracles, as part of Toronto’s Nuit Blanche Arts Festival.

Since becoming Artistic Director of the Grand Philharmonic Choir, Vuorinen has maintained the choir’s tradition of performing the trilogy of Bach’s oratorios (Johannes Passion, Matthaus Passion,and Messe in h-moll) on Good Friday.  Other recent concert highlights include performances of Benjamin Britten’s War Requiem, Arvo Pärt’s Credo and Richard Einhorn’s moving soundtrack, Voices of light as an accompaniment to the silent filmThe Passion of Joan of Arc.

A recipient of many awards, Mark was named the E. Stanley Sedar Scholar at Yale University and is a recipient of the Elmer Iseler National Graduate Fellowship in Choral Conducting. Mark is a past recipient of the Women’s Musical Club of Toronto Centennial Foundation Graduate Fellowship. In the summer of 2008 Mark received the David and Marcia Beach Summer Study Award from the University of Toronto for studies in Germany with leading Bach scholar and conductor Helmuth Rilling.

Mark’s research interests include the study of contemporary choral literature from the Baltic states, and in particular, the music of Arvo Pärt and Veljo Tormis.  Mark was an invited lecturer at Boston University’s Arvo Pärt and Contemporary Spirituality Conference in March 2010, marking the composer’s 75th birthday and, in winter 2011 his paper Symbolic Chiasm in Arvo Pärt’s Passio (1982) was published in the University of Montreal’s Circuit musiques contemporaines.

Mark is a frequent guest conductor, choral adjudicator and clinician.

One of the most prominent young conductors in Taiwan, Chih-Sheng Chen founded the Little Giant Chinese Chamber Orchestra (gCO) in 2000. Acting as the artistic director and conductor, the orchestra strikes to present Chinese music of the highest quality to a wide range of audiences. The orchestra currently performs a full season at the National Concert Hall, presents educational programs throughout Taiwan, and tours internationally. From 2004 to 2008, Chen was the Associate Conductor of the Taipei Chinese Youth Orchestra and Teachers Orchestra. In 2006, he produced and conducted the featured concert of the Evergreen Symphony Orchestra in Taipei. To foster the interest in Chinese music among young audiences, and to train young musicians, Chen has designed educational programs and acted as the music director and instructor at numerous schools in Taiwan. Chen holds a master degree in conducting from Taiwan’s Fu Jen Catholic University, under the guidance of professor Lian-Chang Kuo. He started his musical training as an erhu (Chinese violin) player at the age of ten. He studied conducting with Ying Lee, and theory with Chao-ying Huang and Shi-Pei Ding. At the same time, Chen holds a Ph. D from the Institute of Microbiology and Biochemistry of the National Taiwan University. His background in science constantly surprises people. “Chinese music is my true calling in life,” he says. 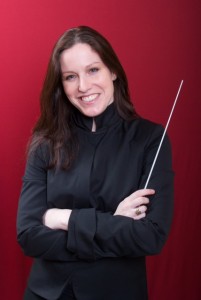 Leah McGray is the Director of Instrumental Studies for the Department of Music at Rhodes College in Memphis, Tennessee. Dr. McGray conducts the Rhodes Orchestra, Rhodes Wind Ensemble, and teaches classes in music appreciation and conducting. In addition to her teaching duties, she conducts the Memphis Symphony Orchestra in their “leading From Every Chair” program, and is a guest conductor for the Memphis Symphony Youth Orchestra. She has appeared as a guest conductor and clinician in several states and internationally, leading honor bands and ensembles in the USA, Canada, and South Korea.

Prior to her appointment at Rhodes, Dr. McGray earned the degree of doctor of music in conducting from Northwestern University in Evanston, Illinois, where she studied with Dr. Mallory Thompson. She is the co-director of a Toronto-based wind and choral chamber group Windago, dedicated to the performance of music by emerging Canadian composers. A two-time winner of Social Science Humanities and Research Council grants from the Canadian government, her research interest is focused on new works being written for wind ensemble, with an emphasis on the works by Baltimore composer Joel Puckett. 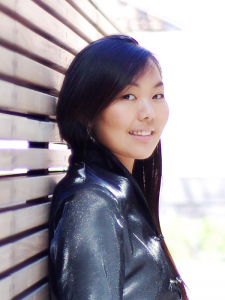 Elaine Choi contributes to Toronto’s vibrant choral community as a conductor, educator and accompanist. She is currently the Director of Music at Timothy Eaton Memorial Church. As a music educator, Elaine works as a faculty member at the National Music Camp and a guest coach at The York School and Rosedale Heights School of the Arts. She also directs a 50-people Children’s Choir program at Timothy Eaton Memorial Church. Elaine is the co-founder and co-conductor of Windago, an ensemble of wind instruments and SATB chorus, which has premiered works by Alice Ho, Stephanie Martin, Kevin Lau, Elisha Denburg and many more.

Elaine’s early music studies began on the piano and violin. She is also proficient on the Erhu, a Chinese traditional instrument and is currently the Associate Conductor of the Toronto Chinese Orchestra. Elaine earned her BMus in Music Education (2008) and a MMus in Music Performance specializing in Choral Conducting (2010) at the University of Toronto. She has also earned an ATCL (1999), an AmusTCL Diploma (2001) in piano performance from the Trinity College of Music, London, and an Advanced Certificate (2000) from ABRSM, England. She is a three time recipient of the Elmer Iseler Fellowship in Choral Conducting (2008,2009, 2014) and a finalist in the Sir Ernest MacMillan Foundation Fellowship Award in Choral Conducting (2012).

Zhang Di is an emerging and promising young yangqin virtuoso who is active in the Toronto’s music scene. Since a very young age, Di has displayed mature musicianship and outstanding talent in music. When she was only seven years old, Di had already been accepted as a member of the Chinese Nationalities Orchestra Society in China. In 2002, Di enrolled in the primary music school of Beijing’s Central University of Nationalities and began learning yangqin professionally from virtuoso Xue Shu. Di started her undergraduate studies in yangqin performance at the university in 2008 and received regular yangqin lessons from acclaimed professor Xili Gui. As a student, Di won numerous awards and scholarships, including the top award for dulcimer performance at the first ICAF national instrument contest (Singapore 2010) and the “Hua Yi Award” for best musical performance (Macao 2005). Di graduated as a top student from the university and successfully held a solo concert in Beijing in 2012.

Di moved to Toronto in 2012, and since then has joined the Toronto Chinese Orchestra (TCO) in every one of its annual concerts. Di is TCO’s plucked-string section leader, and she has organized and led a number of sectional rehearsals. Di also performs regularly with the Toronto YueFang Ensemble. In addition to yangqin performances, Di also has performed Chinese drumming at The Sony Centre for the Performing Arts for Chinese New Year celebrations, as well as at the Metro Toronto Convention Centre for the Dragon Ball Charity Gala. In 2014, Di performed yangqin and Chinese drum at the Canadian Sinfonietta 2014-2015 Season’s Concert at Glenn Gould Studio. Before joining TCO, Di was a member of Beijing’s Central Orchestra of Ethnic Minorities.

Di is dedicated to and passionate about the promotion of yangqin music. Di aims to pursue higher education in Canada, while continuing to perform, teach, and share Chinese music with different cultures.

Kwok Hang-kei is a seasoned composer and conductor in Hong Kong, a member of the Composers and Authors Society of Hong Kong and the Hong Kong Composers’ Guild. In recent years, he has guest conducted the Hong Kong Chinese Orchestra, the Taipei Chinese Orchestra, the National Chinese Orchestra Taiwan and the Singapore Chinese Orchestra. He was also a part-time instructor at the Hong Kong Academy for Performing Arts and conducted several of the Academy concerts. In 2002, he conducted the Shanghai Chinese Orchestra, China Chengdu National Music Orchestra and the Guangdong Chinese Orchestra in highly successful, critically acclaimed concerts. He was subsequently featured in the ‘Artists of Ethnic Music’ series of Shangai Dongfang Television and the programme ‘Shantou Update’ on featuring all his works. It was such a resounding success that The People’s Liberation Army Headquarters had it dispatched to all the frontier guards to share his music. His Chinese orchestral suite, Yunnon Ranges, was recorded by CCTV in 2007 and since then has been aired many times. It won critical acclaim and was considered a highly influential work. In 2008, he led two secondary school choirs from Hong Kong to give a successful performance at the Nation Centre for the Performing Arts in Beijing.

Kwok has dedicated a lot of effort to promoting and spreading Chinese ethnic and folk music over the years. He was listed in the 1997 publication of Who’s Who in Contemporary Chinese Music. He has been a Visiting Professor and Consultant (Arts Education) to the People’s University of China since 2001, and Honorary Professor of the Yunnan Arts University since 2003. He was elected Vice President of the Hong Kong Chinese Instrumental Music Association in 2006. His recent compositional focus has been on choral music sung in the Chiuchow dialect, such as the song cycle The Moon of My Hometown, Fishermen’s Song and I’m Teochew. They garnered critical acclaim for him and were recommended by ECSTV, Kwok has been a Music Adviser to the Hong Kong Chinese Orchestra over the years.