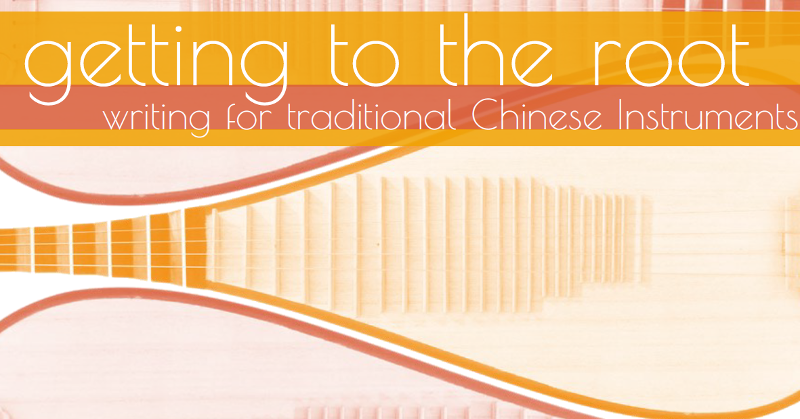 Dr. Chen and gCO are in Toronto to perform with the Toronto Chinese Orchestra, and they will be offering a free workshop to composers and community members on writing for traditional Chinese instruments. A small group of gCO musicians will be on hand to demonstrate various techniques, approaches to notations, and existing repertoire. The event will be livestreamed, and participants can pose questions to the presenters.

One of the most prominent conductors in Taiwan, Chih-Sheng Chen founded the Little Giant Chinese Chamber Orchestra (gCO) in 2000. Acting as the artistic director and conductor, the orchestra strikes to present Chinese music of the highest quality to a wide range of audiences. Chen produces and conducts the orchestra’s full season at Taiwan’s National Concert Hall, presents educational programs throughout Taiwan, and leads the orchestra on tour internationally.

Chen holds a master degree in conducting from Taiwan’s Fu Jen Catholic University, under the guidance of professor Lian-Chang Kuo. He started his musical training as an erhu (Chinese violin) player at the age of ten. He studied conducting with Ying Lee, and theory with Chao-ying Huang and Shi-Pei Ding. At the same time, Chen holds a Ph. D from the Institute of Microbiology and Biochemistry of the National Taiwan University. His background in science constantly surprises people. “Chinese music is my true calling in life,” he says.

The Little Giant Chinese Chamber Orchestra (“gCO”) was founded in October 2000 by its artistic director and conductor Chih-Sheng Chen. The gCO has since matured into an ensemble of both technical and artistic proficiency. A strong musical force in Taiwan, it represents a new generation of Chinese orchestral music. It strives to demonstrate the energy and passion of its dedicated musicians with every performance. The gCO breathes new life into an art form that holds ancient roots, and devotes itself to promoting Chinese music on the world stage.

The gCO offers a full season of approximately thirty concerts a year at the prestigious National Concert Hall in Taiwan, presenting both the full orchestra of over one hundred musicians and smaller chamber ensembles throughout the year. In recent years, the orchestra has presented large-scale interdisciplinary projects, combining theatre and multimedia with orchestral music. Its international appearances include multiple European (including the 2007 Flying Circus Festival in Germany), South Asian and China tours (including 2008 Hong Kong International Chinese Music Festival), and three Canadian tours (including 2010 & 2015 Edmonton Chinese Music Festival, 2014 Sound of Dragon Music Festival, and 2015 Vancouver Jazz Festival). In addition, the gCO presents over 60 educational performances every year, introducing thousands of young audience to Chinese music in every city in Taiwan, including small communities off the main island. The gCO has released three CDs and one DVD.

The gCO has hosted the residencies of numerous Chinese composers, as well as Dutch composer Joel Bons (2012), Korean composer Cecilia Heejeong Kim (2012, 2014), Canadian composers Mark Armanini (2011, Canada Council commission) and John Oliver (2014, Canada Council commission), and given the world premiere of their music at the National Concert Hall of Taiwan. In 2014, the gCO collaborated with Amsterdam’s Nieuw Ensemble to present its Taiwan debut performances.