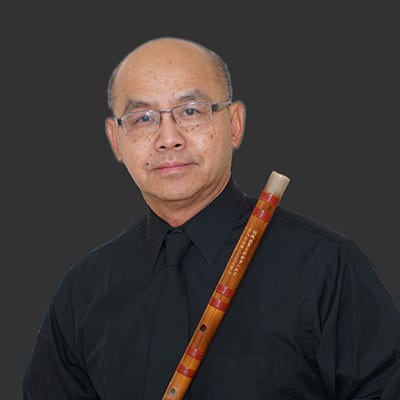 Frederick Yiu was born in Hong Kong and began learning dizi in 1972 from Mr. Kuen Wong. He won first place in the dizi solo open class of the Hong Kong School Music Festival in 1977. In addition to playing in the Diocesan Boys’ School Chinese orchestra, he was also a member of the Yao Yue Chinese Music Association, Hong Kong Youth Music Association, and the Wah Sing Chinese Folk Orchestra. He has participated in many concerts, performing dizi solos and ensembles. He joined Toronto Chinese Orchestra in 1993 when TCO had its first concert. He was the president of TCO from 1996 to 2013.