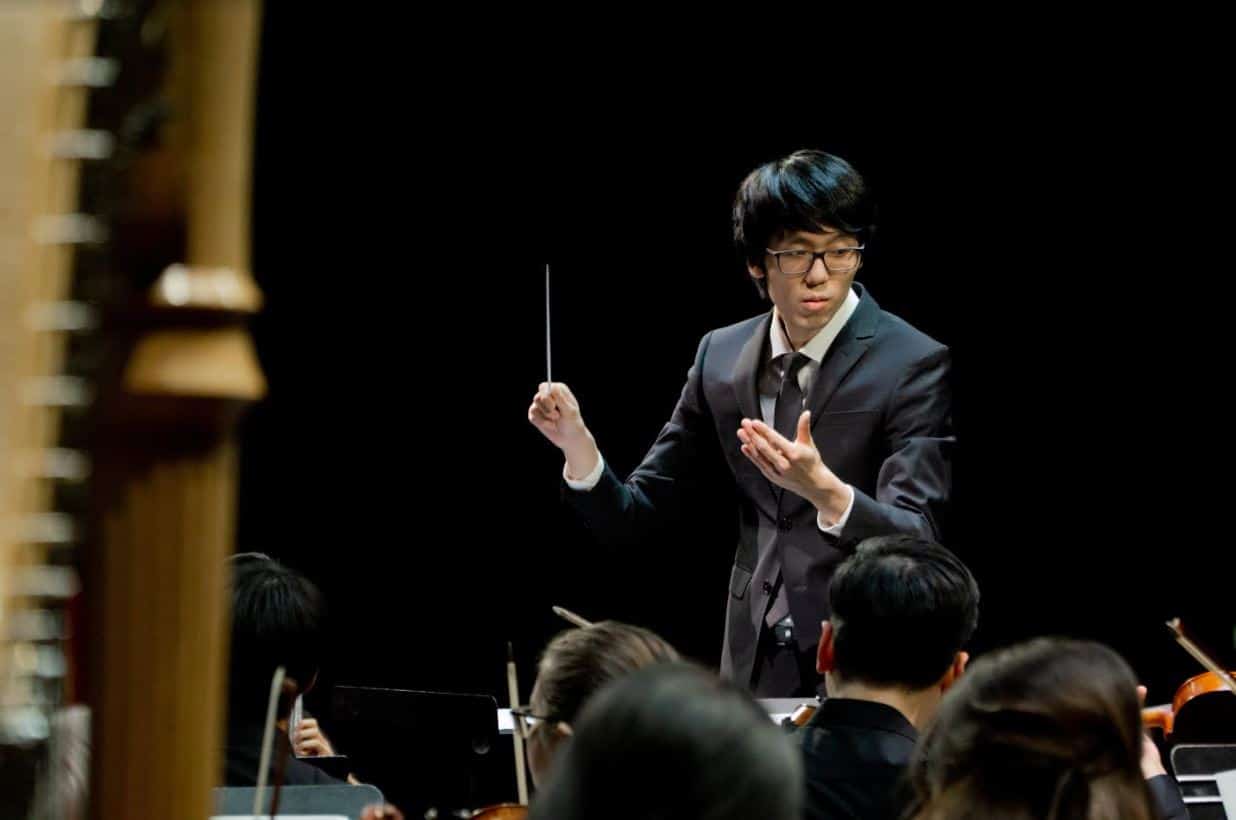 Jonathan Wong is a Toronto-based conductor, keyboardist, clarinettist, singer, and educator. His wide-ranging work in concert, opera, musical theatre, and educational contexts is tied together by a love for music’s communicative power and its ability to build communities in an inimitable way.

As a conductor, he is Artistic Director of Ruckus: The University of Toronto Scarborough Campus Alumni & Community Choir, Artistic Director of Serenata Singers (Scarborough, ON), Associate Conductor of the Toronto Chinese Orchestra, and Assistant Conductor of the University of Toronto Campus Philharmonic Orchestra. He was twice a conducting fellow with Drs. Mark Hopkins and Gillian MacKay and the Denis Wick Canadian Wind Orchestra, Apprentice Conductor with Orchestra Toronto, and a recipient of the College Band Directors National Association Mike Moss Conducting Study Grant. In opera, Jonathan was a 2020-21 RBC Future Launch Emerging Artist Fellow with the Association for Opera in Canada and was previously Artistic Director and Assistant Conductor of the Toronto Lyric Opera Centre. His principal conducting teachers have been Dr. Gillian MacKay and Ivars Taurins.

Jonathan's experience as an award-winning clarinetist covers the gamut of solo, chamber, orchestral, and wind band playing. Career highlights include performing at Carnegie Hall as concertmaster of the Toronto Youth Wind Orchestra and a concerto performance with the University of Toronto Wind Ensemble as a winner of the University of Toronto Winds Concerto Competition. A longtime band geek, he is also Producer and Editor of The Band Room Podcast, connecting guests and listeners around the world.

Jonathan’s keyboard playing covers both modern and historical keyboards. He works regularly as a solo and collaborative keyboardist and continuo player. He has studied harpsichord and organ with Charlotte Nediger, Kevin Komisaruk, and Olivier Fortin.

Jonathan is fiercely committed to education in community, classroom, and private settings. He teaches and coaches clarinet, piano, and voice, both privately and at Tone Labs Music Studio in Markham, ON. Jonathan is a teaching assistant annually at York Music Camp, and he can be found leading sectionals, clinics, and masterclasses for programs across the Greater Toronto Area and beyond.