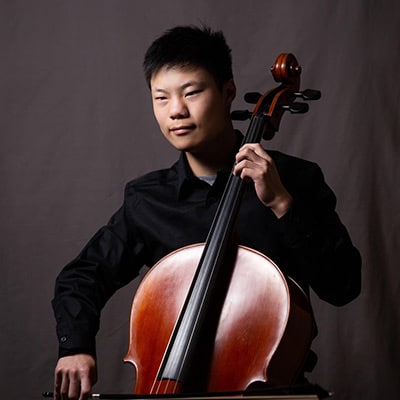 My name is Marcus Chhoa, and I am from Scarborough, Ontario. I have been learning music since the age of 5, started with piano, and later on got involved in violin lessons before switching to the cello shortly after. I also played the clarinet in my school band, mostly because I wanted to balance the ratio between treble and bass clef instruments that I played. I am currently studying ARCT piano. I have been involved in 3 orchestras so far, including TCO and TYCO before that. I enjoy playing in an orchestra mainly because of the music we are given to play, and there are others in an orchestra that can teach me tips, tricks, and facts about a certain piece or instrument. Most of my passions and interests, like any other teenager, involve video games, but particularly designing games such as Minecraft and Cities: Skylines. These games allow me to use and express a large amount of my creativity, which I hope I can benefit from later on as I want to be an architect in the future.