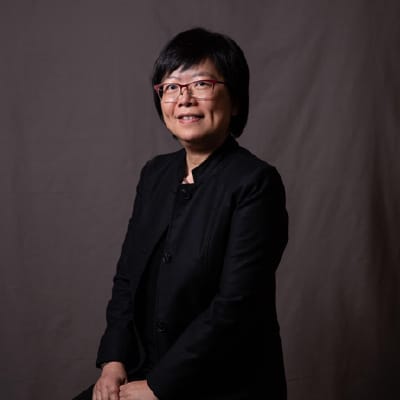 As an erhu musician, Patty has collaborated with many ensembles and organizations, including the Strings of St. John’s, Red Snow Collective, the Toronto Masque Theatre, and the Canadian Children’s Opera Company. She has performed in world premieres of theatre/opera productions such as Red Snow (2012)The Lesson of Da Ji (2013), Comfort (2016), and The Monkiest King (2018). Patty’s composition, Redemption: The Chan Kol Nidre (2015) for erhu and viola da gamba has been added to the archives at the Beit Hatfutsot in Tel Aviv, a museum for the Jewish people.

As an educator, Patty has taught erhu and Chinese music at York University, Ryerson University, and Carleton University. Patty published Playing Erhu – Bridging the Gap (2011), the world’s first erhu instruction book in English which has been sold in over 30 countries. Others include Playing Erhu - Foundation Essentials 1 (2017), and Playing Erhu Booklet (2019).

Patty has been with the Toronto Chinese Orchestra since it was first established in 1993 and is currently the Music Director. Under her leadership, the youth and community training ensembles and the Chamber Players were formed, alongside the main orchestra. TCO has hosted piano, conducting, and composition competitions, organized exchanges, and performed in Vancouver, Edmonton, Taiwan, and Hong Kong. Patty has been awarded grants from the Canada Council for the Arts (2018, 2019) that allows her to further develop her artistic practice as a cultural connector in Taiwan and China. She has been invited to Bard College Conservatory of Music in New York to share her Chinese orchestral journey at their Tradition and Discovery: Teaching Chinese Music In the West Conference (2019).

As a second generation Chinese Canadian, it was music that helped Patty connect with her culture and this has impacted her greatly. Sharing the beauty of this music to a new generation and audience, and building bridges between cultures is her passion.